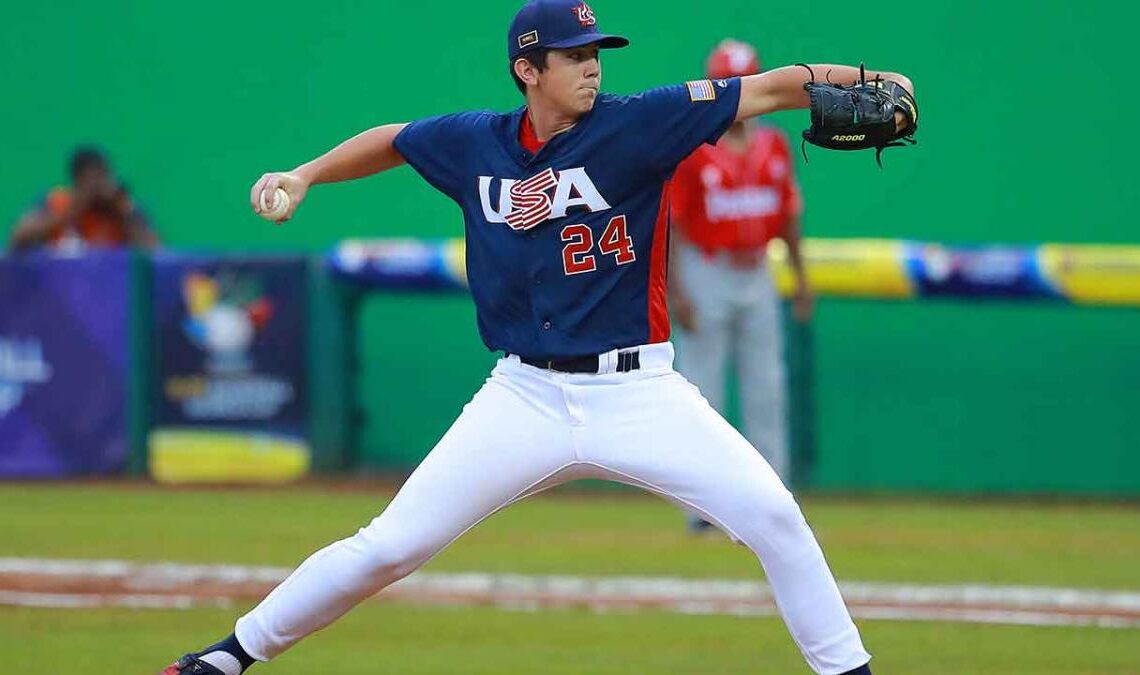 We’re just 22 days away from Phillies pitchers and catchers reporting in Clearwater, which is hard to grasp while we’re still in the throes of a deep Eagles playoff run and the Sixers are currently second in the East. There’s a lot going on and somehow there’s more around the corner!

On Tuesday the Phillies released their list of 21 non-roster spring training invitees, the gaggle of guys who will fill out split-squad rosters and hope to leave last impressions during a few weeks of February baseball down South.

Here’s the list in alphabetical order by position, via the team:

That’s a lot of ball players trying to squeeze their respective ways onto a roster with very few open spots.

The list is highlighted by the highly-regarded pitching prospect trio of Andrew Painter, Mick Abel, and Griff McGarry. The thought is that they all could see time in the big leagues this season; the question is how much, and how soon? Painter will likely battle with Bailey Falter, and also perhaps Christopher Sanchez, for the fifth spot in the Phillies’ season-opening starting rotation.

Elsewhere, there’s a spot or two up for grabs in the bullpen to open the season and a legion of right-handed pitchers looking to snatch them up.

NBC Sports Philadelphia’s Corey Seidman took a look at the relief pitcher picture (say that five times fast) last week and thinks a couple of these non-roster invitees will be in the mix:

“Marte, Ortiz and Vasquez were all acquired from the Giants this offseason. Uelmen came over from the Cubs. All but Morales and Baker are on the 40-man roster.”

The Phillies’ first full-squad workout of spring training is Feb. 21. They begin action with a split-squad opener against the Yankees and another against the Tigers on Feb. 25.