Projected lineup for the Sooners to start 2023 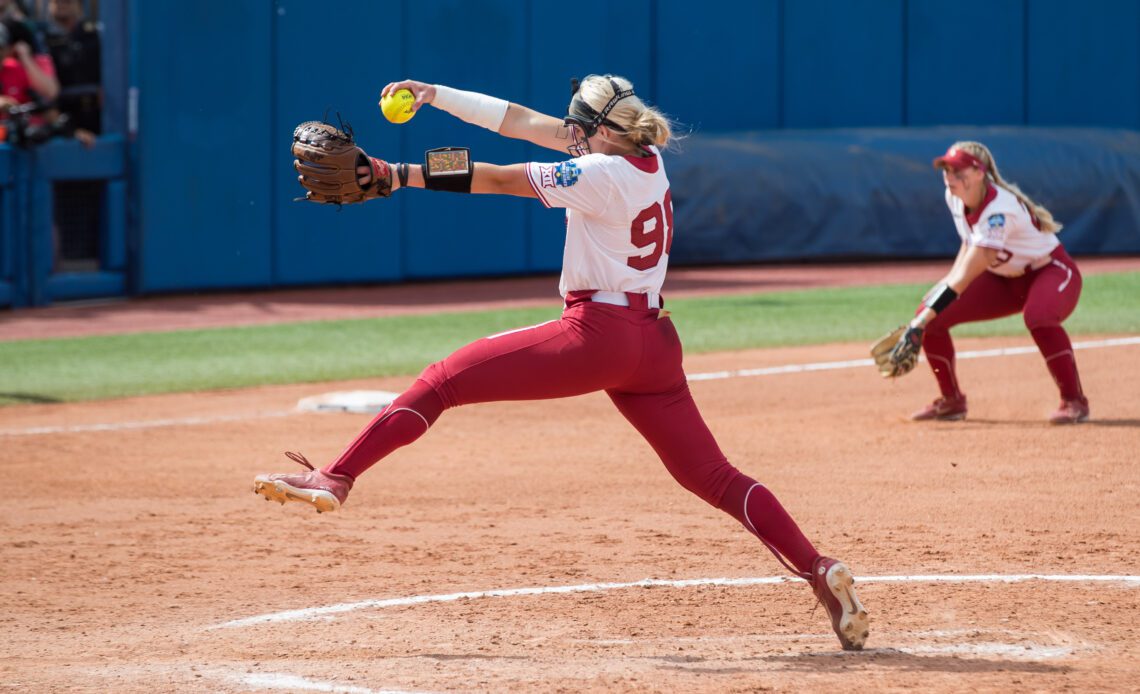 Though the Sooners have a nice group of pitchers in Jordy Bahl, Alex Storako, Nicole May, and freshmen Kierston Diehl and SJ Guerin, it will be Bahl that leads the Sooners in the circle.

Jordy Bahl took the world by storm in her first season in Norman with her power pitching approach and her ferocity. She looked like a lioness stalking its prey as she prepared to enter the circle.

Having Storako to take on the Hope Trautwein role is huge for the Sooners. She brings a ton of experience and production to the circle to give Patty Gasso a pair of dynamic strikeout artists.

Storako threw 200 innings in 2022 and collected 300 strikeouts with an earned run average (ERA) of just 1.71. Michigan had just one other pitcher throw more than 100 innings last season and no other pitcher threw more than 44 innings. That put a heavy workload on Storako. She’ll benefit from not having to carry the team in the circle, which will help her stay fresh. In 2022, the Sooners had three pitchers throw more than 90 innings in Bahl, Trautwein, and Nicole May.

Nicole May had a fantastic season in 2022. Her 1.30 ERA was 11th in the nation, just behind Oklahoma State standout Kelli Maxwell. It just so happens that Trautwein and Bahl had a better ERA. For a lot of teams across the country, May would be the ace on the staff. She’s won 30 games for the Sooners in each of her first two seasons and improved her ERA by more than a point from 2021 to 2022. Though Bahl and Storako may be getting the buzz, don’t sleep on May to have a huge impact for the Sooners in 2023.

It’ll be interesting to see what Patty Gasso does with her freshmen pitchers. Kierston Diehl was the No. 1 player and No. 1 pitcher in the 2022 recruiting class. She’ll likely get some opportunities, but unlike Bahl last year, she won’t have to step into a feature role right away unless she’s shown she’s ready to do so.

The same goes for SJ Guerin, the No. 7 pitcher in the 2022 recruiting class. Throwing from the left side, however, Patty Gasso and Jennifer Rocha will have the benefit of playing the…