Trending
Best Tigers baseball cards Home runs from both sides of the plate Former Mets ace Matt Harvey discusses drug use, including cocaine, while testifying at Eric Kay trial MLB NEWS: Deadline moved to 5 PM. On the Verge of a Deal. Mark Kotsay hired as A's manager Hollywood Stars were first team to play in shorts Pac-12 baseball tournament created with city of Scottsdale and The Arizona Sports & Entertainment Commission Was this a strike or a ball? comment below Hunter Greene's slider breakdown Tom Seaver statue at Citi Field features incorrect number font on back of jersey, sculptor admits
NCAA Softball Videos 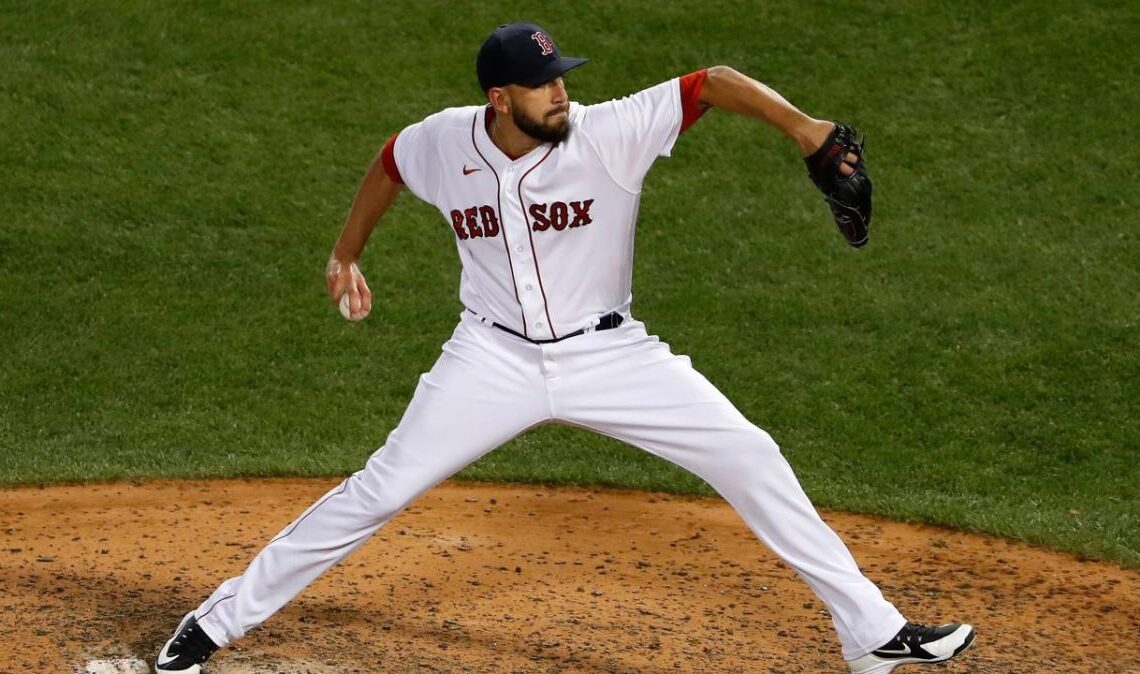 The Boston Red Sox made a surprising move to clear space on their roster on Tuesday.

Veteran reliever Matt Barnes was designated for assignment to make room for newly-acquired outfielder Adam Duvall, the team announced. Boston will still need to pay his $7.5 million salary for 2023.

The Red Sox originally drafted Barnes in the first round (19th overall) of the 2011 MLB Draft. The UConn product debuted with the big-league club in 2014 and was a key contributor out of the bullpen for the next nine seasons.

Barnes, 32, helped Boston to a World Series title in 2018. He signed a two-year, $18.75 million contract extension shortly before playing in his first All-Star Game in 2021.