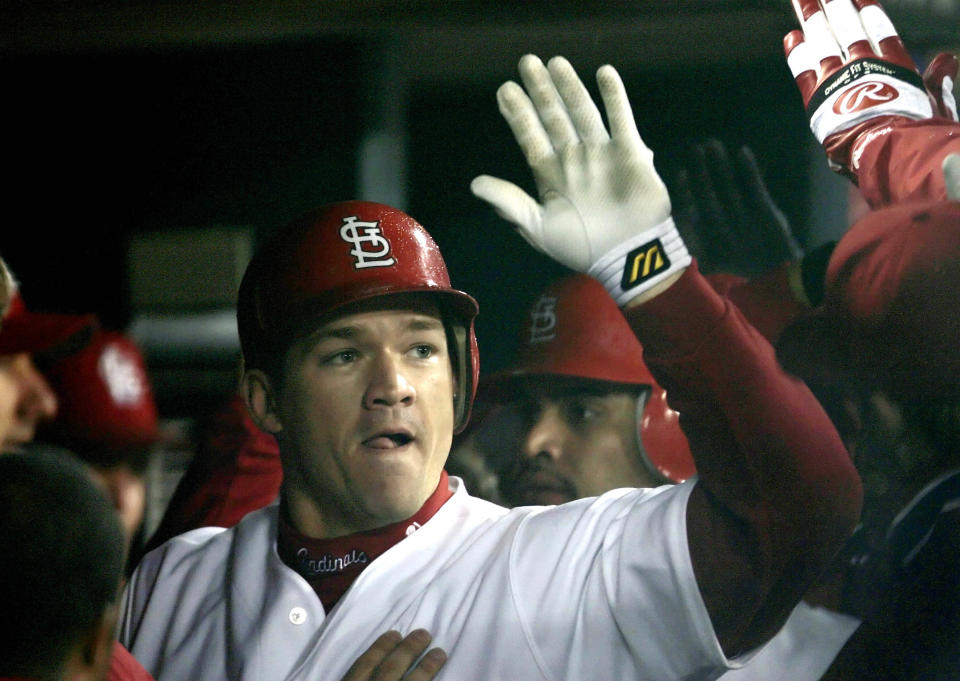 It took six tries, but St. Louis Cardinals great Scott Rolen is heading to the Hall of Fame. Rolen received the news that he would be enshrined in Cooperstown on Tuesday. He is the only member of the 2023 Hall of Fame class voted in by the Baseball Writers’ Association of America this year.

Rolen barely got in, receiving 76.3% of the vote. Players need 75% of the vote to be enshrined in Cooperstown, a threshold Rolen cleared by five out of 389 votes.

Rolen’s candidacy took a few years to materialize. In his first year of eligibility, he received just 10.2% of the vote, but that percentage quickly rose as people focused more on his case. In 17 seasons in the majors, Rolen put up a .281/.364/.490 slash line with 316 home runs. His OPS+ for his career was 122, meaning he hit 22% better than the league average over that period.

On top of that, Rolen was a wizard in the field. He won eight Gold Glove awards during his career and was one of the best defensive third basemen in the league. Rolen also won the Rookie of the Year award in 1997, made seven All-Star teams, took home a Silver Slugger in 2002 and won the 2006 World Series with the Cardinals.

You can see just how much the Hall of Fame means for Rolen and his family — and how his candidacy was by no means a lock — in a video posted by the Cincinnati Reds:

Making the Hall of Fame as a third baseman is no mean feat for Rolen, as the field position is the least represented in Cooperstown. By the Hall’s own count, only 17 third basemen have been enshrined. Rolen is the first to make it since Chipper Jones in 2018; before that, no third baseman had been elected by the BBWAA since Wade Boggs in 2005.

Right after Rolen was longtime Colorado Rockies first baseman Todd Helton, who finished just short of the threshold, with 72.2%. That works out to 11 votes short.

New York Yankees slugger Alex Rodriguez and Boston Red Sox outfielder Manny Ramirez also missed the cut. Neither player came close to induction on the publicly released ballots, likely due to their being suspended for using steroids during their careers. Rodriguez received 35.7% of the votes, and Ramirez got 33.2%.

A handful of players outperformed Ramirez and Rodriguez in the voting. In his first year on the ballot, former Kansas City Royals and New York Mets (among other teams) outfielder Carlos…