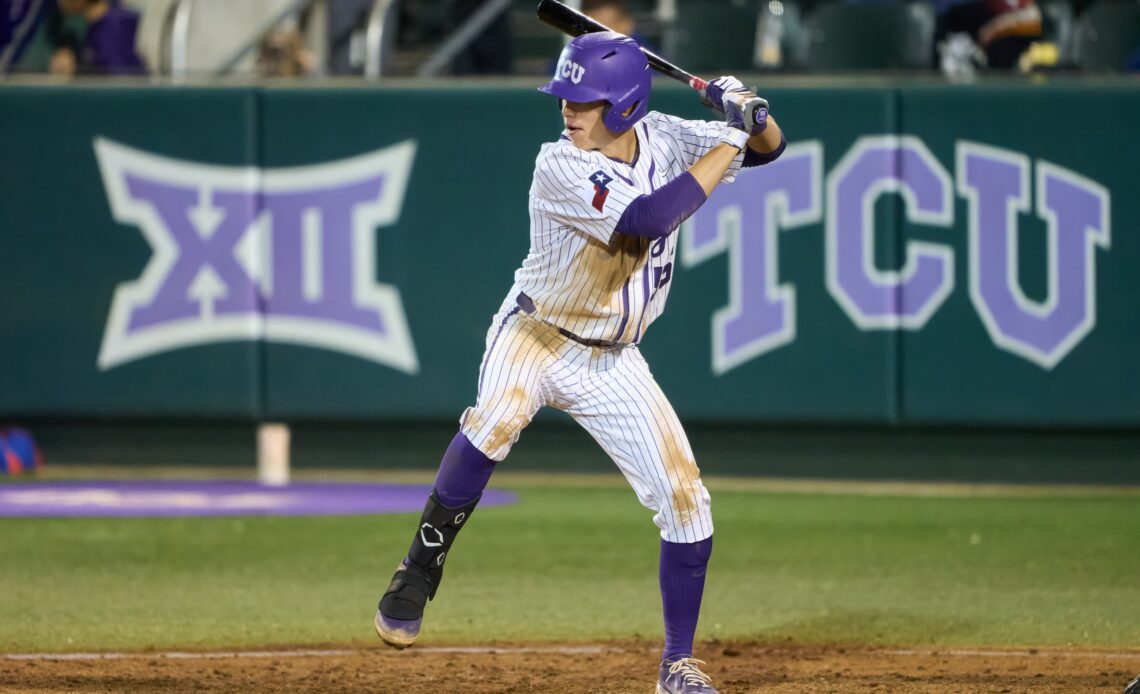 The good news: Saarloos last season took over the program following nine years as pitching coach under Jim Schlossnagle, who was hired away by Texas A&M. The Horned Frogs won their second straight Big 12 title, though a subpar RPI led to a difficult regionals draw against A&M and a second consecutive first-weekend exit in the NCAA Tournament. Still, the program kept its high standard through the transition and now will look to continue that success in 2023. TCU this season will be led offensively by third baseman Brayden Taylor, a potential first-round pick. He’s one of five returning regulars for the Horned Frogs and, along with outfielder Elijah Nunez (31 stolen bases), gives the lineup some real star power. On the mound, righthander Cam Brown offers exciting upside as he moves to the front of the rotation. The bullpen also has some stalwarts back, including River Ridings and Garrett Wright.

The bad news: Shortstop Tommy Sacco last year was TCU’s best hitter, leading the team in batting, slugging and home runs, and also ranking second in stolen bases. Now, Sacco is in pro ball and the Horned Frogs have a substantial hole to fill. Freshman Anthony Silva, who was considered a top-five round draft prospect before formally removing his name from the draft, takes over at shortstop and his glove will make him an immediate asset. Replacing Sacco’s offense can’t all fall on Silva, however. TCU added a few key transfers in the lineup, including Austin Davis (West Virginia), Cole Fontenelle (junior college) and Tre Richardson (Baylor). On the mound, TCU will have to reset the rotation after losing a trio of starters. Brown has the potential to be a true Friday starter, and TCU has solid depth behind him.

Player to know: Brayden Taylor, 3B.

Taylor has started all but three games over the last two years for the Horned Frogs, earning Freshman All-American honors in 2021 and all-Big 12 honors in 2022. He last season hit .314/.454/.576 with 13 home runs and 10 stolen bases and spent the summer with USA Baseball’s Collegiate National Team. He enters his junior season projected to be a first-round pick and will be the focal point of the lineup. He’s a solid defender at third base and brings an advanced approach at the plate—he’s walked more than he’s struck out in each of the last two seasons.

Path to Omaha: TCU made…