Are Baseball Hall of Fame’s standards too high? Why voters should be more forgiving 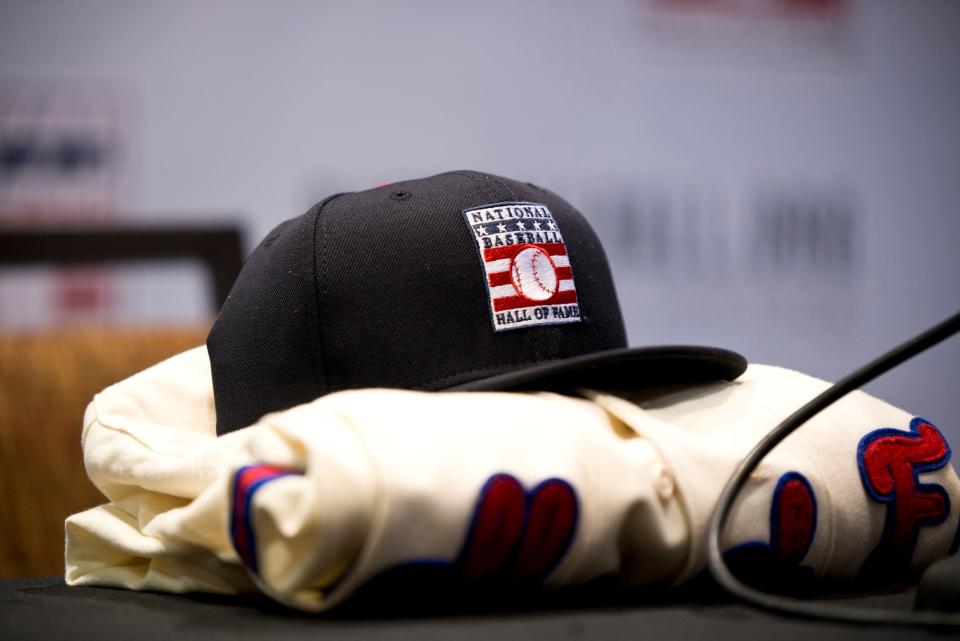 Whew, the shutout was mercifully avoided.

There won’t be a cry that the Hall of Fame election is broken.

The disgust toward the Baseball Writers’ Association of America will be lessened.

Third baseman Scott Rolen became the newest Hall of Famer on Tuesday, squeaking past the 75% percentage by only five votes at 76.3%, completing the biggest climb in Hall of Fame history.

Rolen received 10% of the vote in his first year on the ballot and 17% his second year but had a dramatic turnaround the last four years, eclipsing Duke Snider’s record of reaching the Hall of Fame after just 17% his first season.

Rolen becomes only the ninth third baseman to be elected into Cooperstown by the writers and just the second to debut in the past 40 years, joining Chipper Jones.

But still, this is the second consecutive year in which the BBWAA elected only one player, with slugger David Ortiz going into Cooperstown last summer. Rolen will join Fred McGriff on stage July 23, after McGriff was a unanimous vote by the 16-member Contemporary Era Committee in December.

So, are we being too tough? Maybe even unreasonable?

We were dangerously close to our second shutout in three years and the third time since 2013.

Pitching shutouts are a rare and wonderful accomplishment in today’s game, but it can be ugly for our Hall of Fame voting.

Really, when you look at this ballot, it’s filled with borderline candidates. There were no obvious omissions. There was no Ken Griffey Jr. No Derek Jeter. No Mariano Rivera.

The greatest player on the ballot who wasn’t suspended for steroid use – automatically eliminating Alex Rodriguez and Manny Ramirez – may be Sheffield.

Among the most feared sluggers of his era with 509 homers and a batting title, Sheffield faces the same resistance as Barry Bonds and Roger Clemens with their links to performance-enhancing drugs. Sheffield never tested positive but admitted to unknowingly using an illegal testosterone-based cream in 2002 during workouts with Bonds.