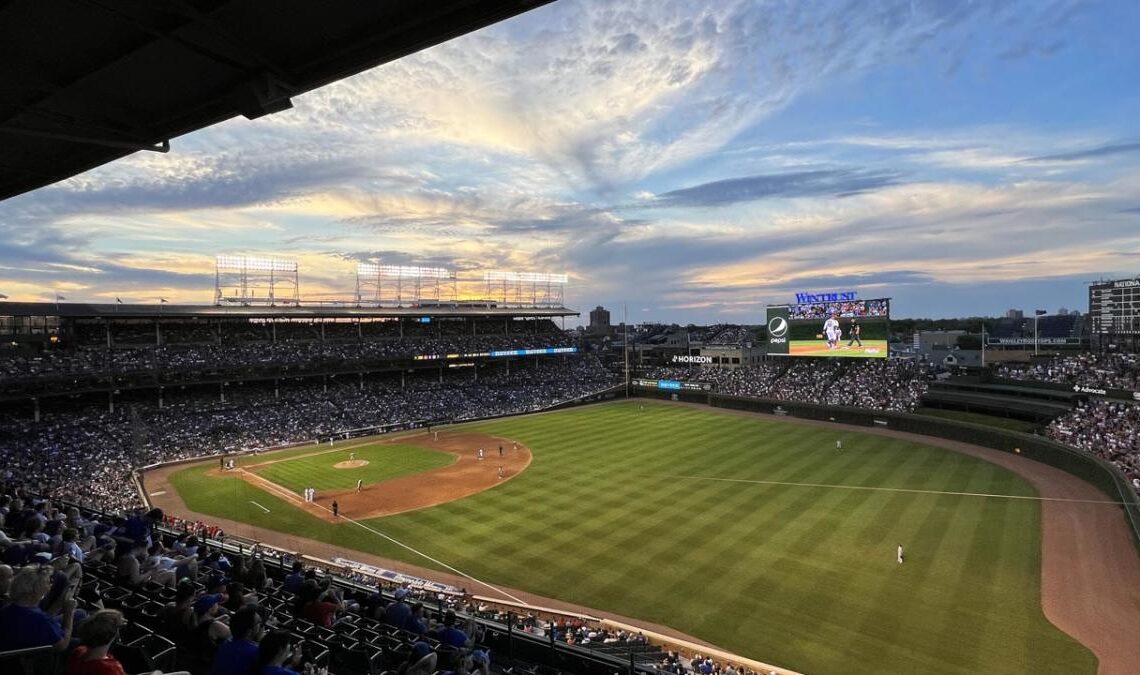 And Mancini is the latest of that crop to recount the mystique of the Cubs and Wrigley Field drawing him to Chicago.

“It’s incredible,” Mancini said of Wrigley. “My first time at Wrigley was the summer of 2004, I believe. One of my best friends from growing up was a diehard Cubs fan and we went up to a couple of games that summer.

“I remember wearing a Matt Clement goatee to one of the games. They gave it to everybody in the stadium back then. So I have a picture of me with the big goatee on my chin.”

But like most that enter the hallowed grounds of Wrigley, the ballpark’s aura consumed Mancini.

“The place is magical and I remember that as a kid. It’s hard to replicate that feeling,” Mancini said. “When I was in the AL, I’d always say Fenway has a certain feel about it. And I’d say the same thing about Wrigley.

“I finally was able to get to play there this past June, I believe it was, when it was. Just incredible, I mean, what a great place. And I’m so excited that it’s my home park now.”

“Being a Cub means more to me than people would realize,” Swanson said.

Swanson told the story of walking across the yard to his grandfather’s house and the Cubs always being on TV and asking his dad why he was watching the Cubs instead of the Atlanta Braves.

And after touring Wrigley Field after signing, Swanson knew it was home.

“I just looked at my wife and said, ‘This is where we’re supposed to be,’” Swanson said. “I’m just so excited for this unique journey ahead.”

Beautiful Wrigley Field and the Cubs’ magic worked on this free agent crop.

Let’s see if these players can bring some magic back to Wrigley Field.