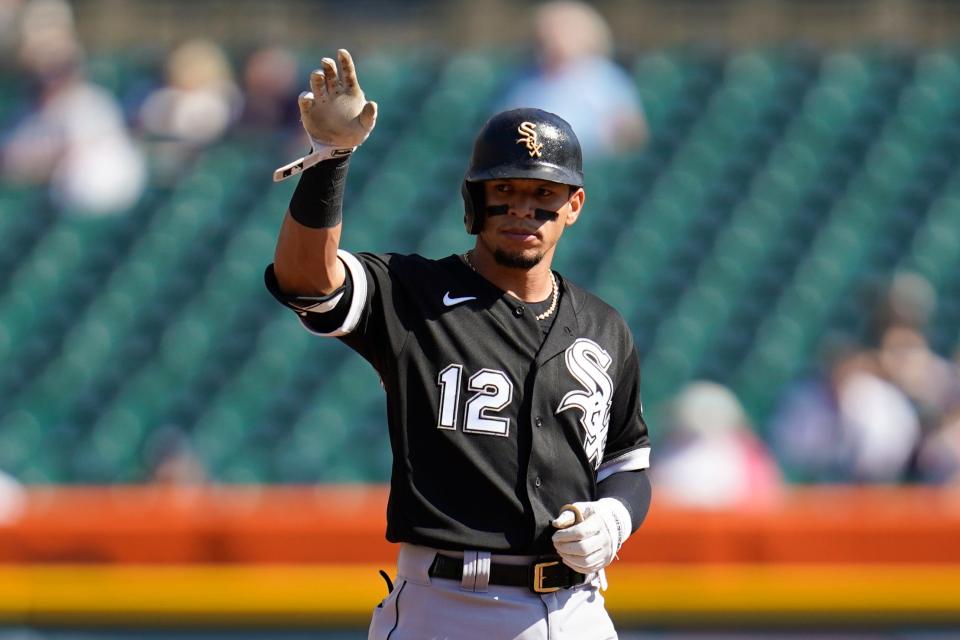 The Detroit Tigers have added to their infield pool.

The Tigers signed second baseman César Hernández to a minor-league contract with an invitation to MLB spring training, according to a source with knowledge of the situation. The 32-year-old will earn $1.5 million if he makes the major leagues, with the chance for an additional $1.85 million in performance bonuses.

Hernández, a 10-year MLB veteran, hit .248 with one home run, 45 walks and 114 strikeouts in 147 games last season with the Washington Nationals. The switch-hitter spent his first seven seasons with the Philadelphia Phillies.

A DEEP DIVE: Why Matt Vierling ‘could be a dynamic player’ for Tigers if he develops swing

ANOTHER DEEP DIVE: Why Nick Maton — who crushes righties and ‘can hit any fastball’ — fits with Tigers

Last season, Hernández posted a 7.3% walk rate and an 18.5% strikeout rate. He didn’t hit the ball hard, as his average exit velocity (84.8 mph) ranked 129th among 130 qualified hitters, but he made smart swing decisions at the plate.

In 2021, Hernández launched a career-high 21 home runs for the Cleveland Guardians (18 homers in 96 games) and Chicago White Sox (three homers in 53 games). At the trade deadline, the Guardians shipped him to the White Sox for left-hander Konnor Pilkington.

He started 124 games at second base for the Nationals, adding eight starts at third base and seven starts in left field. He stole 10 bases in 14 attempts and flashed above-average speed but below-average arm strength.

Entering spring training, the Tigers have three of four infield positions covered with Spencer Torkelson at first base, Jonathan Schoop at second base and Javier Báez at third base. But Schoop struggled offensively last season and could end up in a…