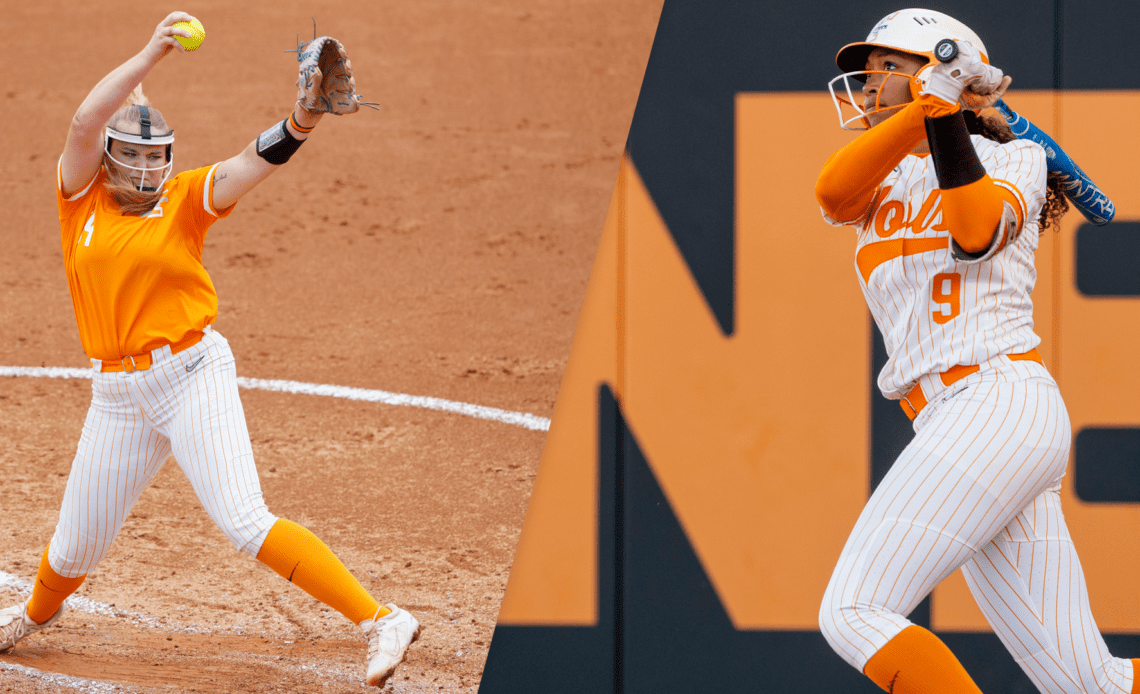 OKLAHOMA CITY – For the second year in a row, USA Softball announced that Tennessee senior outfielder Kiki Milloy and graduate pitcher Ashley Rogers have been named to the organization’s Top 50 “Watch List” for the 2023 USA Softball Collegiate National Player of the Year award.

The outfielder led Tennessee in each category, and garnered All-SEC Second Team recognition along with second team Softball America and D1Softball All-American accolades.

In the circle, Rogers picked up 12 wins in 2022 with a 2.01 ERA over 25 appearances. The righty threw seven complete games, earned four shutouts and locked down a trio of saves. She tossed 104.1 innings for the Lady Vols a year ago, recording 128 strikeouts. She held opponents to a .156 batting average against last season.

With Milloy and Rogers’ selection, Lady Vols have appeared on the Top 50 Watch List for the Collegiate Player of the Year award 35 times. Legendary Lady Vol alumna Monica Abbott took home the honor in 2007, and UT has had four players named Top 3 finalists for the award on five occasions—most recently Meghan Gregg in 2017.

Tennessee opens the 2023 season in Clearwater, Florida, February 10 with a doubleheader against Howard and Illinois at the NFCA Leadoff Classic. The Lady Vols’ home opener is slated for March 3 as they welcome App State to Sherri Parker Lee Stadium.

Season tickets are on sale now and can be purchased at AllVols.com.