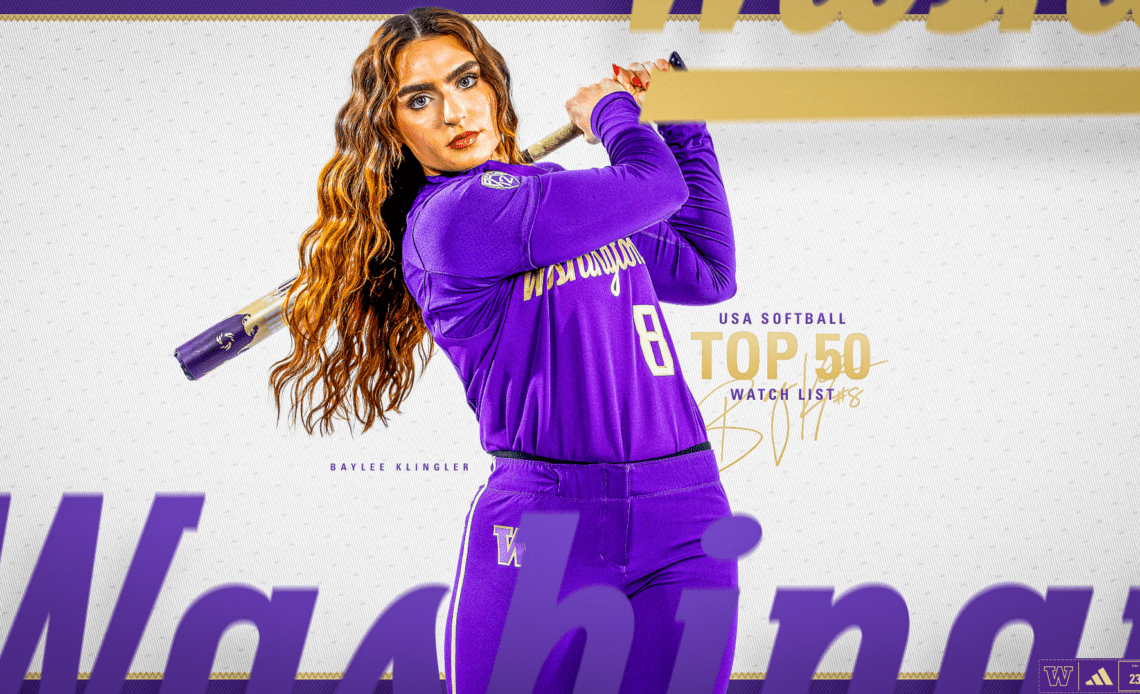 
SEATTLE – After being named a Top Three Finalist a season ago, Baylee Klingler has been named to the 2023 USA Softball Collegiate Player of the Year Top 50 Watch List.

Klingler had a 2022 campaign which saw her being named Pac-12 Player of the Year, the Pac-12’s first Triple Crown winner in 23 seasons and a unanimous First Team All-American in addition to her Top Three finish for National Player of the Year.

The fifth-year senior led the conference in batting average (.434), home runs (24) and RBI (71). In addition, Klingler was also recognized as the Pac-12 batting champion. Klingler’s home runs are the second-most by a Husky in program history, one behind Kristen Rivera’s 25 total homers in 2003. Her batting average is fifth-highest and RBI is fourth-most in a single-season.

The Top 50 Watch List highlights athletes from 26 universities and nine conference across the country. The Pac-12 has seven student-athletes named to the list.