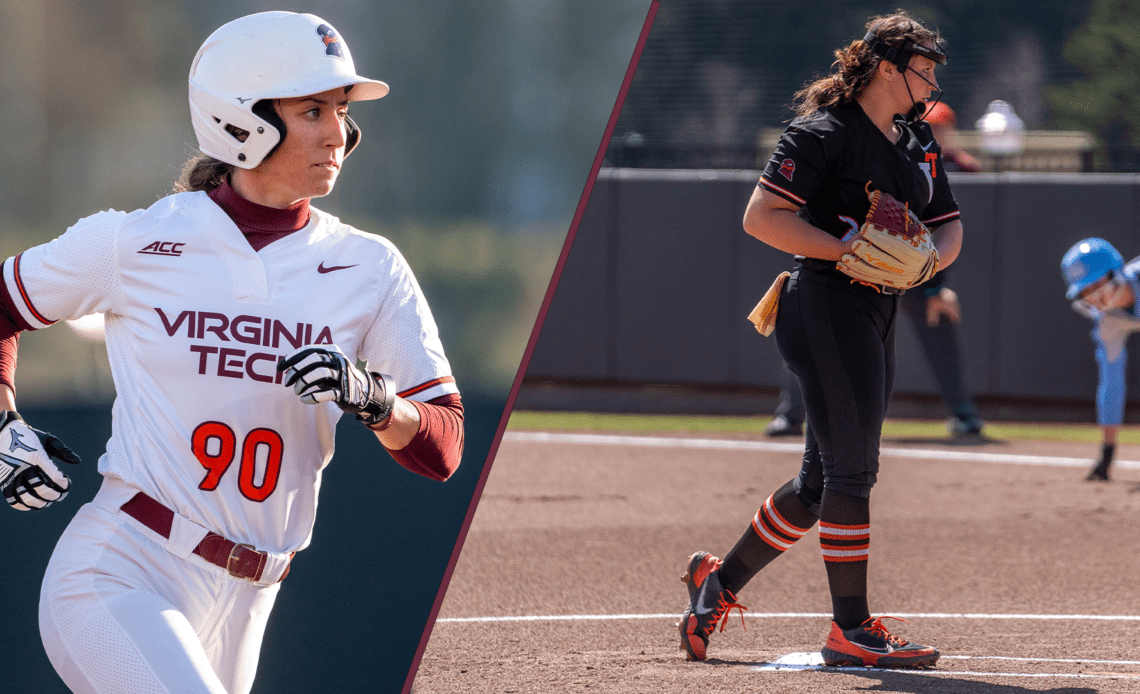 OKLAHOMA CITY – Two Hokies were named to the USA Softball Top 50 Watch List for 2023 USA Softball Collegiate Player of the Year, the organization announced Wednesday morning. Emma Lemley and Emma Ritter earn their spot on the list for the first time in their respective careers.

The Top 50 Watch List highlights athletes from 26 universities and nine athletic conferences from across the country. The ACC is represented with six athletes.

Lemley finished the season ranked ninth nationally in strikeouts per seven innings (10.7). The freshman went 6-2 with two saves and three shutouts in ACC play. She threw her first career no-hitter against Longwood, striking out 13.

Ritter was named an NFCA All-America Third Team selection a season ago, while also earning First Team NFCA All-Region and First Team ACC honors. She batted .400 on the season, leading the team with a .661 slugging percentage and .474 on base percentage.

The sophomore also contributed four triples, 11 doubles, eight home runs and 40 RBI. Striking out only six times, she led the ACC and ranked 12th in the nation as toughest to strikeout. She ranked second in the ACC in batting average (.400) and third in stolen bases (23).  She also maintained a perfect fielding percentage in the outfield with 45 putouts