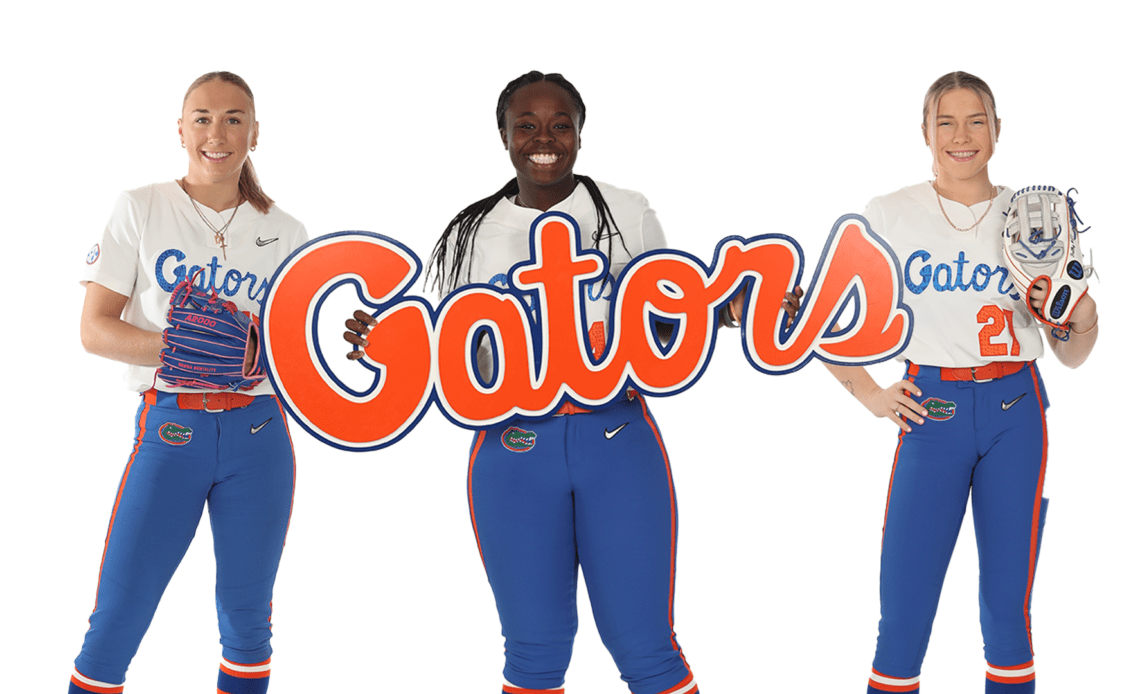 GAINESVILLE, Fla. – A trio of University of Florida softball players were named to the 2023 USA Softball Collegiate Player of the Year Top 50 “Watch List” by USA Softball. The Gators three representatives are tied for the second most by any program in the country.

Charla Echols, Skylar Wallace and Kendra Falby each earned spots on the coveted list prior to the start of the 2023 season. For Echols, this is the graduate senior’s fourth appearance on the Top 50 “Watch List”, while this is Wallace’s second and Falby’s first.

In 2022, Wallace put together a historic season as she is the only known player in NCAA Division I history to post at least 70 hits, 70 runs, 50 RBI and 50 stolen bases in a single season. Wallace earned NFCA Second Team All-American status helping lead the Gators back to the Women’s College World Series for the 11th time in program history.

Echols, a 2021 unanimous NFCA First Team All-American, enters her final season after she set the UF single-season record with an NCAA leading 10 sacrifice flies and also ranked 19th in the nation in RBI with 59.

Falby looks to build on her success from her freshman campaign where she ranked 3rd in the nation in total hits (85), which was the most hits by an SEC freshman since 2013 when Florida’s own Kelsey Stewart produced 90 and Alabama’s Haylie McCleney notched 86.

Lauren Haeger & Kelly Barnhill are the only Gators to have won the prestigious award. Haeger earned the title in 2015 after leading Florida to the program’s second national championship and Barnhill secured the honor after have a historic season in 2017.

The 50 candidates for the prestigious award will be narrowed down to 25 finalists April 19, then down to a top 10 May 3 and the top three finalists are scheduled to be revealed May 17. The winner will be announced prior to the start of the 2023 Women’s College World Series in Oklahoma City.

The Gators season is set to begin Feb. 10, at 7 p.m. against Boston University in Tampa, Fla. at the tournament hosted by USF.