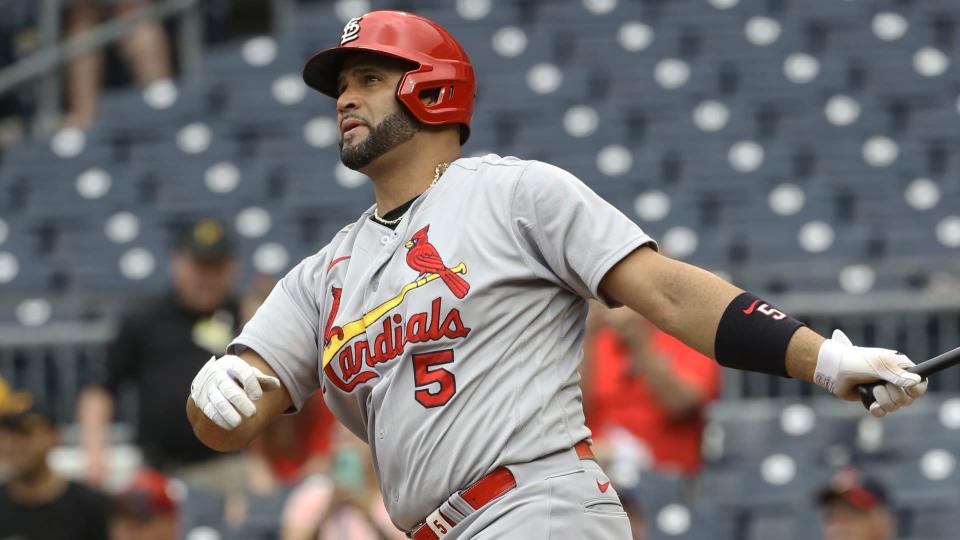 “I don’t care who I tied,” Pujols said. “At the end of the day, it’s about tying (the game) for the team and giving them an opportunity to pick up a win. … It’s pretty special. I think I’m aware of where I am in the history of the game. But at the end of the day, 21 years ago when I make the ballclub, that wasn’t something that I was chasing.

“Twenty-two years later, I don’t think I’m going to change my approach,” he continued. “I think I’m going to let things happen and try to enjoy it. If it happens, it happens. If not, at the end of the day, I think everybody, including myself, are pretty blessed with the career that I have.”

With St. Louis down 3-1 in the sixth, Pujols connected on a first-pitch slider from JT Brubaker. He sent a two-run shot 418 feet into the left-field bleachers at PNC Park, launched with an exit velocity of 111.2 mph.

“I know it’s a historic home run, but it still sucks,” Brubaker said. “I should have walked off that mound giving our team the lead and I didn’t do it. That bothers me.”

Pujols also doubled and singled for the NL Central leaders. His RBI single in the eighth made it 4-all.

“Albert, three knocks. Big homer there,” Cardinals manager Oliver Marmol said. ” … Fouled two pitches off in the top of the zone. He knew he had to make an adjustment to get on top of it. Was able to let it get a little deep, got on top of it for a single. Drove in that run. That’s a pro at bat.”

Nolan Arenado broke the tie with a three-run double with two outs in the ninth off Wil Crowe (5-9).

“You have a guy that is grinding right now,” Marmol said. “He’s played a lot of games in a row. Head stays in it, gives us a good at bat there and drives in three runs. That was nice to see.”

Giovanny Gallegos (3-5) pitched a perfect eighth inning for the Cardinals. Ryan Helsley allowed a two-out RBI single from Bryan Reynolds in the ninth before getting Rodolfo Castro to ground out for his 15th save.

Paul Goldschmidt was 0 for 4, dropping his average to .325 to fall behind Los Angeles Dodgers slugger