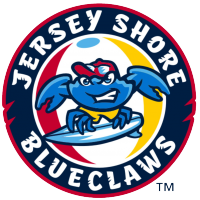 Former BlueClaws manager Marty Malloy was named the 2022 winner of the John Vukovich Award, it was announced by the Phillies on Tuesday.

Malloy is in his second stint as manager of Clearwater, taking over at the helm of the club midseason in 2021 after previously managing them in 2019. He joined the Phillies in 2017 as the manager for low-A Lakewood and guided them to a first-place finish in 2018, which ended with an appearance in the South Atlantic League Championship Series. Malloy also spent parts of two years (2020-21) as the minor league infield coordinator before returning to the dugout. As infield coordinator, he oversaw the defensive development of Bryson Stott, Nick Maton, Darick Hall, Dalton Guthrie and former Phillie Luke Williams, among others. In his most recent managerial stint with Clearwater, top Phillies prospects such as Andrew Painter, Mick Abel, Johan Rojas and Hao Yu Lee were under his tutelage.

“Marty exemplifies the best characteristics and qualities of this award’s namesake,” said Preston Mattingly, Phillies director of player development. “His tireless work ethic has put our players and organization in a better place and we couldn’t be more proud of him.”

A former infielder, Malloy played 12 seasons in the Braves, Reds, Tigers, Marlins, Dodgers and Cardinals systems from 1992-2003. He appeared in 35 total major league games, split between Atlanta in 1998 and Florida in 2002. Following his playing career, he coached at the amateur level for Trenton High School and the Gatorball Baseball Academy, both in Florida, before joining the Houston Astros’ player development staff in 2013. He spent four years (2013-16) with Houston’s rookie-level Gulf Coast League affiliate: three as manager and one as hitting coach. He was also spent one season as the organization’s Florida Instructional League coordinator.

“I didn’t know John, but I’ve been told by so many what type of person he was, so to be the recipient of an award bearing his name is an incredible honor,” Malloy said. “While I’m grateful to be recognized with this award, I am also extremely proud of what it means for the coaches and players I have worked with, because for all the time I put in, they put in just as much.”

The 2022 John Vukovich Award will be presented on the field on Thursday, Sept. 22, prior to the 7:15 p.m. game against the Atlanta Braves. The award was established in 2007 to…