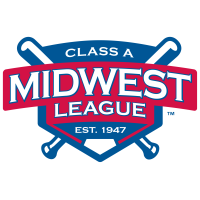 The winners at each position were selected from players in the 11 full-season Minor Leagues. Each player will receive his own Rawlings Gold Glove Award, modeled after the iconic award given to Major League Baseball’s top defensive players, during the 2023 season.

“We’d like to congratulate the 2022 Minor League recipients of the Rawlings Gold Glove Award® as this group of defensive standouts were deemed ‘The Finest in the Field’,” said Mike Thompson, chief marketing officer for Rawlings. “Rawlings values our long-standing partnership with Minor League Baseball and our shared focus on growing the game of baseball while emphasizing defensive excellence.”

The 2022 Minor League Baseball recipients of the Rawlings Gold Glove Award® are as follows:

Guardians first baseman Joe Naranjo recorded 750 total chances in 114 games for High-A Lake County, posting 689 putouts and 54 assists. Naranjo, 21, was selected by Cleveland in the third round of the 2019 MLB Draft out of Ayala High School in Chino Hills, California.

Yankees second baseman Jesus Bastidas handled 369 total chances and had a hand in 54 double plays in 92 games for Double-A Somerset. Bastidas, 24, was signed by the Yankees as an international free agent out of Barquisimeto, Venezuela, on July 2,…