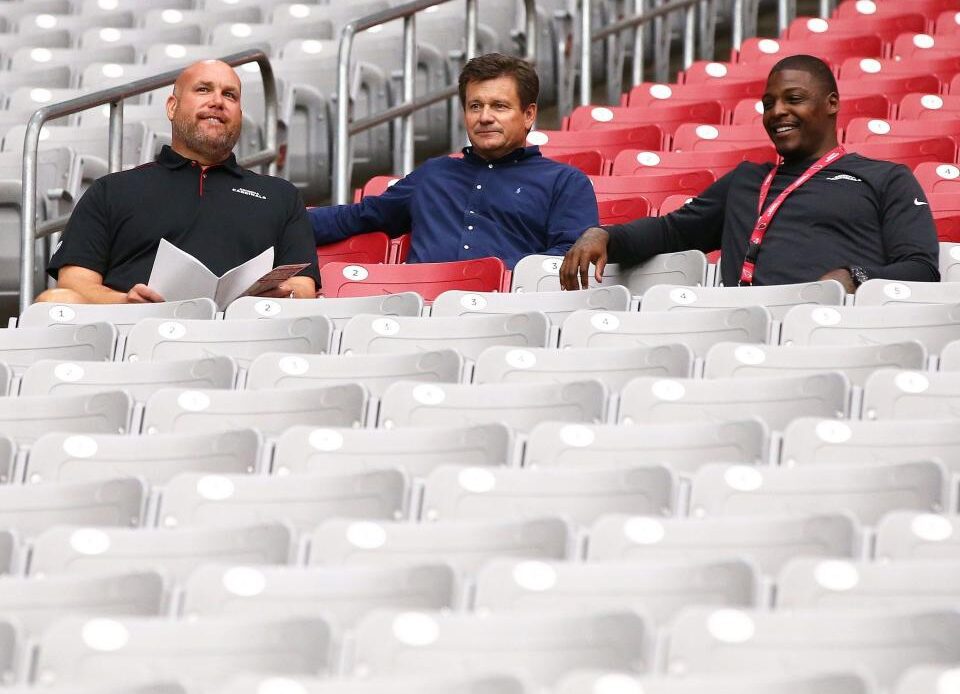 The front office of the Arizona Cardinals has uncertainty moving forward in 2023. General manager Steve Keim is absent with a health-related issue. His return is not certain, especially after a 4-12 season entering the final game of the year.

Currently, the Cardinals have both Quentin Harris and Adrian Wilson, both with vice president titles, sharing the role of general manager.

If Keim is to be replaced as GM, the Cardinals might keep things that way.

According to SI.com’s Albert Breer, owner Michael Bidwill is “strongly considering” not promoting one over the other, opting to keep a co-GM setup.

Harris has been in the front office for years. Wilson has as well. Both are ready to be general managers somewhere.

The two are already working together, with Wilson focusing more on player evaluations and Harris doing more of the other things.

It keeps the Cardinals from potentially losing one to another team.

The key is whether they can work together well in a shared role.

Breer also suggests that if this is the move that is made, that Keim could be kept on in the organization in some sort of role.

Keim, of course, signed a five-year contract extension last offseason through 2027. Keeping him in the organization would make sense financially, whether it be via promotion or a lateral move in some other capacity.