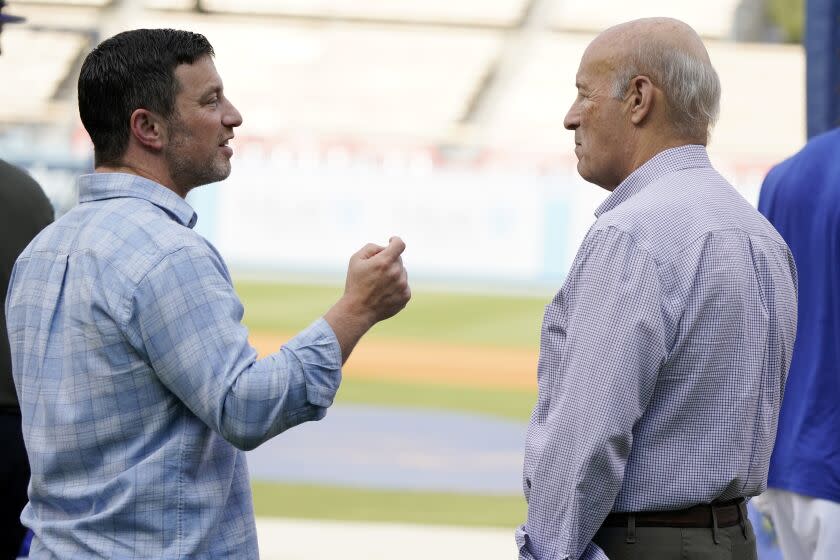 On one side there are the Dodgers, who have a complicated relationship with the truth, and on the other is Trevor Bauer.

They are telling two very different stories about a meeting they both acknowledge took place in Arizona last week, Bauer claiming Dodgers officials told him they wanted him to pitch for them in the upcoming season, and anonymous team officials denying such sentiments were ever conveyed.

Many people in Major League Baseball familiar with both parties don’t know whom to believe, this ambiguity diminishing whatever moral triumph the Dodgers were trying to claim when they officially released Bauer on Thursday.

The Dodgers can only blame themselves.

When Bauer was suspended by the commissioner’s office last year for a violation of MLB’s sexual assault and domestic violence policy, the team released a statement in which it cited his right to appeal and said: “Therefore, we will not comment further until the process is complete.”

Well, the process is now complete and the Dodgers still aren’t commenting; Stan Kasten and Andrew Friedman told The Times they won’t talk about Bauer because he is a free agent. In theory, Bauer could file a grievance against the Dodgers if they made comments that diminished his value.

This, of course, is nonsense, as there is nothing the Dodgers could say that would damage Bauer as much as his record 194-game suspension already has.

And even if Bauer finds a new employer, who knows if Friedman and Kasten would actually talk. They haven’t earned that benefit of the doubt, as they have histories of not owning their mistakes. Transparency is not what they’re about.

The organization’s silence was entirely expected, as the Dodgers have created an upper management culture almost entirely devoid of accountability.

They offered little more than empty platitudes over their scandalous…