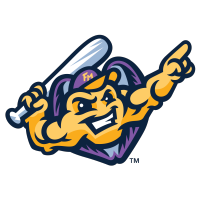 For more on Meyer, visit this morning’s article.

Salazar joins the Mussels from High-A Cedar Rapids while Reyes spent 2022 with the FCL Twins.

Sierra returns to the Mighty Mussels after joining the Twins’ organization in 2021. He coached first base and served as the team’s Assistant Hitting and Development Coach in 2021 before becoming the Mussels’ hitting coach in 2022.

Prior to joining the Twins, Sierra was the hitting and outfield coach for Florida SouthWestern State College in Fort Myers. Before his time in Southwest Florida, Ray coached at Volunteer State Community College in Gallatin, Tennessee.

Sierra played for Broward College (Fla.) and Cumberland University (Tenn.) before playing professionally. He hit .245 for the Schaumburg Boomers (Frontier League) in 2019. He was born and raised in Andres Boca Chica, Dominican Republic and currently resides in Fort Myers with his wife, Melanie and his newborn daughter, Viviana.