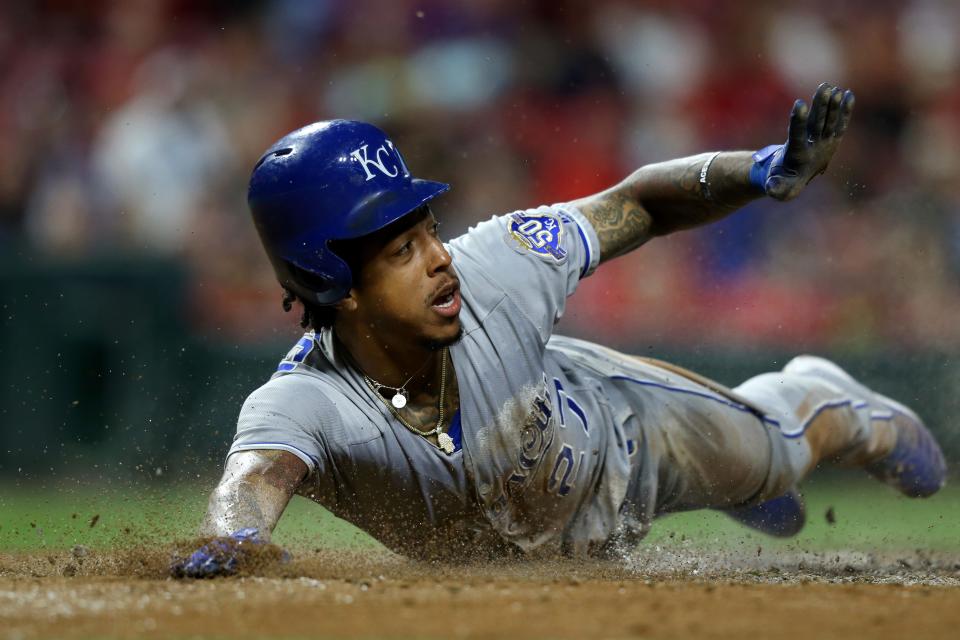 The Boston Red Sox may have filled their vacancy at shortstop … or they may have added yet another injury-prone infielder to their collection.

The Red Sox have acquired shortstop Adalberto Mondesi from the Kansas City Royals along with a player to be named later for left-handed pitcher Josh Taylor.

It’s the second major trade in two days for the Royals, who dealt Gold Glove center fielder Michael A. Taylor to the Minnesota Twins on Monday for a pair of pitching prospects.

Mondesi, 27, is coming back from a knee injury that limited him to just 15 games last season.

POLARIZING: Alex Rodriguez is one of baseball’s GOATs – but the Hall of Fame may always be out of reach

NEWSLETTER: Sign up to get the latest news and stories delivered to your inbox

Who is Adalberto Mondesi?

Mondesi is the son of former All-Star outfielder Raul Mondesi, who played 13 seasons in the majors with seven different teams – primarily with the Los Angeles Dodgers – before retiring after the 2005 season.

The younger Mondesi made his major league debut with the Royals in the 2015 World Series, appearing as a pinch-hitter in Game 3 against the New York Mets and striking out in a 9-3 loss.

The switch-hitter has played shortstop, second base and third base over seven seasons in Kansas City, posting a .244/.280/.408 slash line with 38 home runs and 133 stolen bases, including a major league-leading 24 in the shortened 2020 season.

He’s also regarded as a plus defender at shortstop.

The biggest issue for Mondesi has been staying healthy. Only once in his career has he played more than 75 games in a season. And he’s coming off surgery last May for a torn ACL in his left knee, which limited him to only 15 games in 2022.

In 2021, he played just 35 games due to oblique and hamstring injuries.

Why the Red Sox need a shortstop

After allowing Xander Bogaerts to reach free agency this offseason and seeing him sign with the San Diego Padres, the Red Sox had planned to have Trevor Story move from second base to short in 2023.

However, those plans were derailed when Story suffered an injury to his right elbow during his offseason training. He underwent an internal bracing procedure earlier this month and is expected to need four to six months to recover.

Utilityman Enrique Hernandez appeared to be in line…