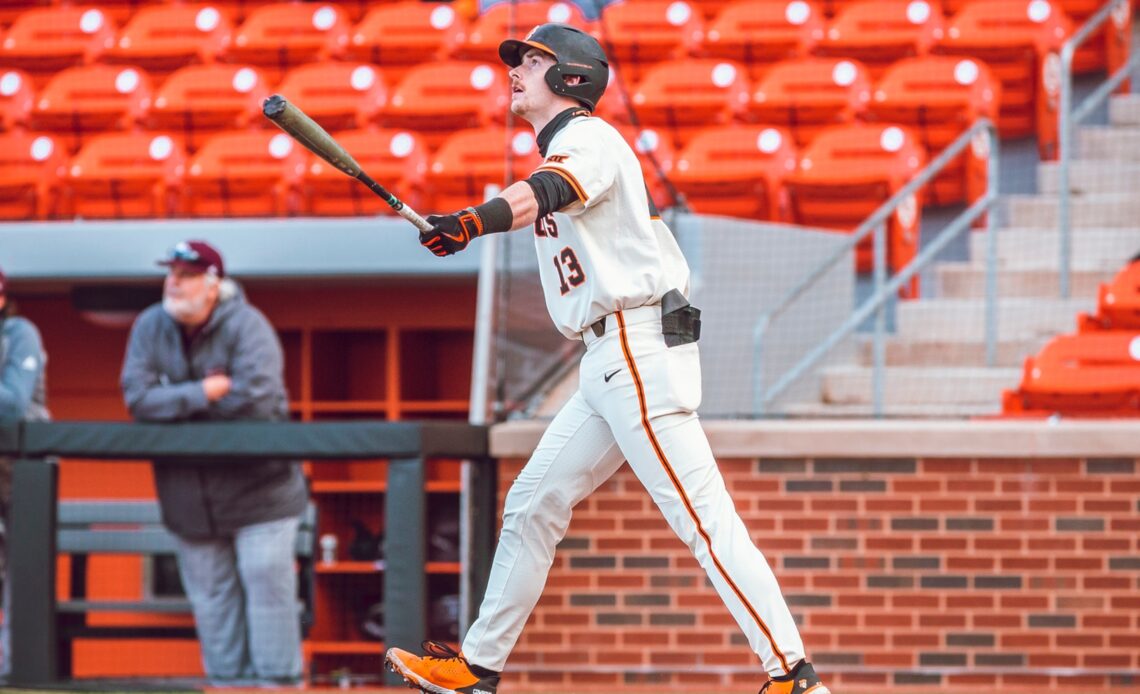 The good news: Oklahoma State has perhaps the most exciting offense in the Big 12. The Cowboys got big news in the draft, when two-way star Nolan McLean did not sign with the Orioles after being drafted 81st overall. He last season hit 19 home runs to lead the team and getting his big bat (and powerful arm) back is a boost. Also returning are shortstop Marcus Brown and second baseman Roc Riggio, who form an exciting double-play combination, and both have big offensive upside. Outfielder Zach Ehrhard, the team’s second-leading hitter, is back after a strong freshman season and veteran slugger David Mendham adds to the depth of returners. In all, Oklahoma State returns six regulars from an offense that averaged 7.7 runs per game in 2022.

The bad news: While Oklahoma State has a wealth of offensive returners, the pitching staff is rebuilding. Its whole rotation was drafted, including ace Justin Campbell, who was selected 37th overall. Also gone are top relievers Trevor Martin and Roman Phansalkar, leaving the Cowboys to almost completely reset the staff under pitching coach Rob Walton. Oklahoma State’s recruiting efforts focused on the mound and those newcomers will be counted on in 2023. Righthanders Janzen Keisel (Brigham Young) and Juaron Watts-Brown (Long Beach State) come to Stillwater via the transfer portal after strong freshmen seasons. Lefthander Brennan Phillips and righthander Gabe Davis are two freshmen to watch and Phillips’ pitchability looks ready to play. Oklahoma State reloaded with high-end talent on the mound. Now, that group has to gel and find the right roles.

McLean was a draft-eligible sophomore a year ago and ultimately became the highest drafted player not to sign. Instead, he is back for a third season of college baseball and the return of his powerful bat is a welcome sight for the Cowboys. He last season hit .285/.397/.595 with 19 home runs and also made 23 appearances on the mound, going 2-1, 4.97 with 39 strikeouts and 13 walks in 25.1 innings. He’s moving from third base to right field this season and is expected to be Oklahoma State’s closer. No matter how the Cowboys use him, he has the ability to make a big impact on any game.

Path to Omaha: Oklahoma State last season was upset at home in the NCAA Tournament by Arkansas in the wildest…