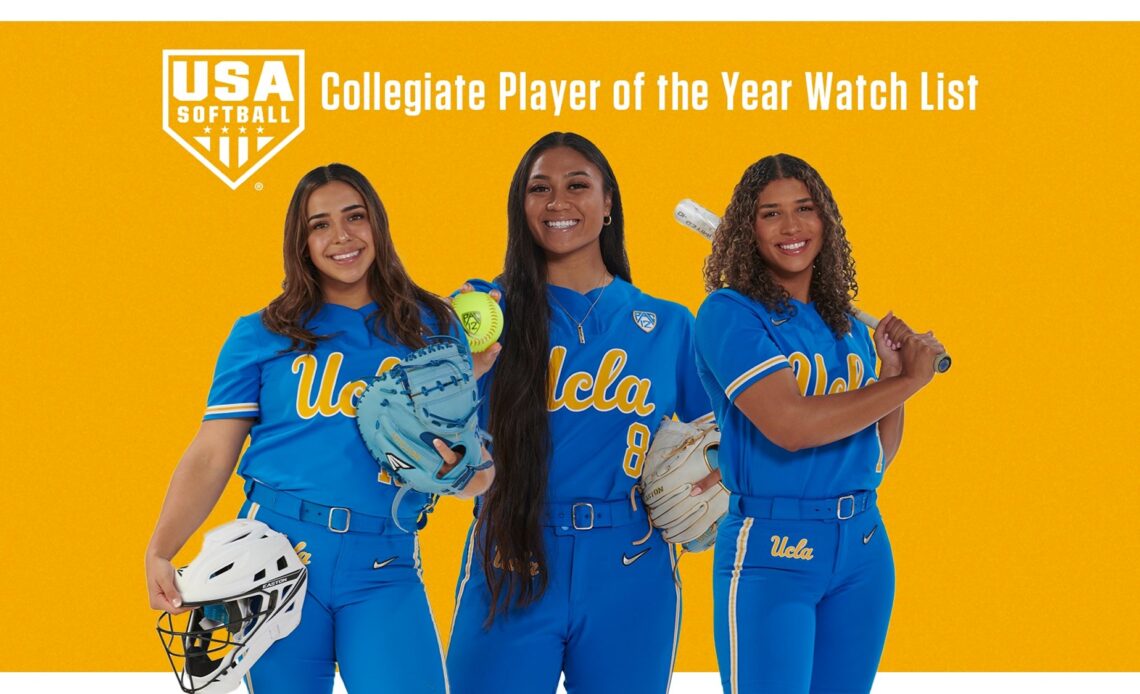 
OKLAHOMA CITY, Okla. – Three members of the UCLA softball team have been named to the 2023 USA Softball Collegiate Player of the Year Watch List, the organization announced the 50-player watch list Wednesday.

Redshirt juniors Maya Brady and Sharlize Palacios and redshirt senior Megan Faraimo were among the athletes listed. The three Bruins rank tied for second with Arkansas and Florida in terms of representation on the list.

Recognized as the most distinguished individual honor in NCAA Division I Softball, two Bruins have received the honor a total of three times. Rachel Garcia was a back-to-back winner of the award following the 2018 and 2019 seasons, and Stacey Nuveman won the award in 2002.

A Top 10 Finalist in 2021 and Top 25 Finalist for USA Softball Player of the Year in 2022, Faraimo returns for her super senior year in 2023 as the reigning Pac-12 Pitcher of the Year and a two-time NFCA All-American. Faraimo had the first 20-win campaign of her career in 2022, going 24-5 with four shutouts and two solo perfect games. She currently ranks seventh on UCLA’s career strikeouts list with 768 K’s.

Brady, a two-time All-Pac-12 honoree, enters 2023 following a strong performance in the 2022 Women’s College World Series which earned her All-WCWS Tournament Team honors. In Oklahoma City, Brady led the Bruins with a .438 batting average, including seven hits and two home runs, both coming in game one versus Oklahoma on June 6 to force an “if necessary” later that day. Brady finished 2022 with a .339 batting average and was second on the team with 15 home runs.