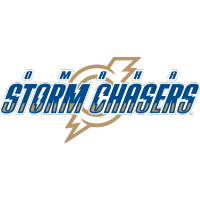 “It is going to be great to have Jirsch back in a Storm Chasers uniform,” said Omaha Vice President/General Manager Laurie Schlender. “He has been an important part of our franchise’s history and understands not only what it takes to win in Omaha but how important it is for us as an organization to give back to our community. Plus, we are excited to have Dane, James, Yannick, and Mike back in Omaha and welcome Bijan and Chris into the Chasers Family.”

Jirschele, who was promoted to the Kansas City staff following the 2013 season, returns to Omaha where he led the franchise from 1995-1997 and then again from 2003 through the 2013 season, culminating in a Triple-A championship. 2023 will be Jirschele’s 32nd season with the Royals and he holds an all-time franchise managerial record of 995-1,018, making Jirschele Omaha’s all-time winningest manager. Jirschele returns to the helm in Omaha after most recently serving as a bench coach during the 2022 season with the Northwest Arkansas Naturals (Royals AA Affiliate).

Johnson returns for his third season as Omaha’s pitching coach after guiding the Storm Chasers’ staff in 2022. Now entering his 24th season as a coach, he joined the Royals organization in 2020 after spending 2019 with the Miami Marlins organization and the previous 19 years with the Toronto Blue Jays, where he served as a minor league pitching coach (2000-2003), pitching coordinator (2004-2014), and Major League bullpen coach (2015-2018).

Rademacher begins his first season with Omaha and will serve as the hitting coach on Mike Jirschele’s staff. Rademacher joins the Royals after spending the last two seasons with the Arizona Diamondbacks, most recently as their Hitting Coach in the Arizona Complex League. The Anaheim Hills, CA native was a 13th round draft pick by the Chicago Cubs during the 2012 MLB draft, playing within the Cubs farm system through the 2018 season and being ranked the Chicago Cubs #21 prospect…