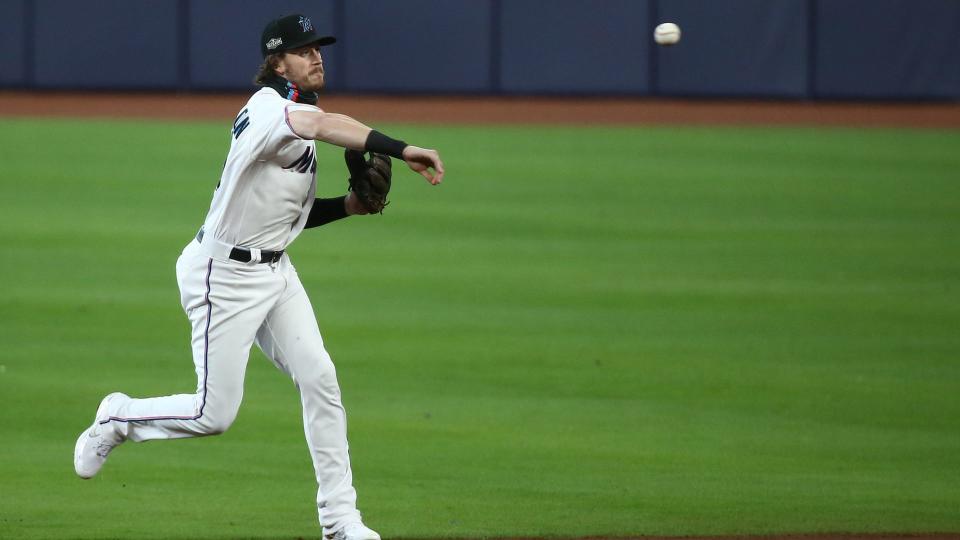 The person spoke to The Associated Press on the condition of anonymity because the deal hasn’t been announced.

The person said Anderson could earn an additional $2 million in performance bonuses. The Athletic first reported Anderson had reached a deal with the Brewers. Sportsgrid first reported the terms.

Anderson finished fourth in the NL Rookie of the Year voting in 2018 and had an OPS of over .800 in 2019 and 2020, but he’s struggled at the plate while dealing with injuries the last two seasons. The Marlins opted against tendering Anderson a contract for the 2023 season, making him a free agent.

His ability to play multiple positions should give Brewers manager Craig Counsell more flexibility in putting together lineups.

Jace Peterson, Luis Urias and Mike Brosseau shared time at third base for the Brewers last season, but Peterson has since signed with the Oakland Athletics and the versatile Urias could play second base more often this year following the trade of Kolten Wong to the Seattle Mariners. Wong was the Brewers’ starting second baseman the last two years.

Owen Miller, acquired from the Cleveland Guardians in the offseason, also has experience at third but has played first or second more often.

The Brewers’ primary right fielder last season was Hunter Renfroe, who has been traded to the Los Angeles Angels. The Brewers acquired another corner outfielder when they got Jesse Winker in the Wong trade. They also have outfield prospects Sal Frelick and Joey Wiemer on the cusp of the majors.