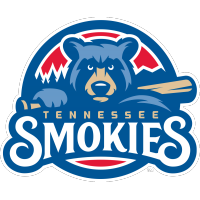 KODAK, Tenn. – The Tennessee Smokies (69-62, 32-30) fell to the Pensacola Blue Wahoos (67-58, 32-29) 7-5 in extras Sunday afternoon at Smokies Stadium. Tennessee blew a late lead in the ninth inning to drop the regular season finale and the series against the Blue Wahoos.

Pensacola got on the board in the top of the first on a sacrifice fly, however the Smokies answered back quickly with a two-run home run from Cole Roederer in the second inning, his third of the series. Pensacola took the lead in the fifth inning, ending Smokies’ starter DJ Herz’s day. Herz went five innings, allowed two hits and struck out seven in his return from the Development List

Tennessee regained the lead in the sixth on Chase Strumpf’s two-run RBI double, while the Smokies’ bullpen combination of Eduarniel Nunez and Hunter Bigge held the Blue Wahoos scoreless for three innings.

Despite taking the lead into the ninth, Zac Leigh gave up a game-tying hit to send the game to extras, and Samuel Reyes (L, 4-1) was charged with the loss in the tenth.

The Smokies will play their final series of the regular season Tuesday night against the Chattanooga Lookouts at AT&T Field. Fans can catch the action on 99.1 The Sports Animal or by visiting https://www.milb.com/tennessee/fans/audio-listen-live.