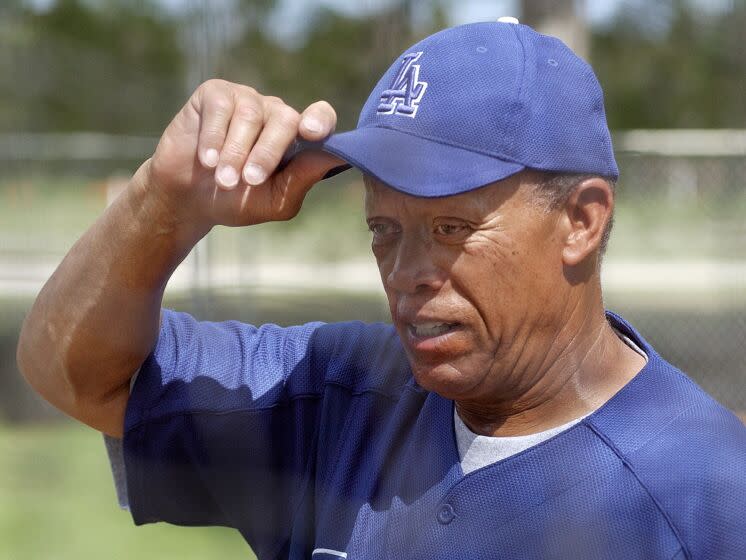 Yet, for all his accumulated riches, Maury Wills often lamented the one shiny object that was forever out of his reach.

He couldn’t steal his way into Cooperstown. The inventor of the modern stolen base unbelievably couldn’t sprint and slide into baseball’s Hall of Fame.

The baseball writers rejected him for 15 consecutive years. The veteran’s committee turned him down for 10 more years.

It hurt and haunted him until his death Monday at age 89.

“Why won’t they let me in the Hall of Fame?” he asked me once during a quiet moment at Dodger Stadium. “What more did I have to do?”

Wills was the Dodgers‘ underappreciated legend, a three-time World Series champion and National League most valuable player who was traded because of off-field issues, a record-setting speedster who nonetheless couldn’t escape the lure of drugs and alcohol, a fabulous yet flawed hero.

In his later years he found redemption as a Dodgers advisor who is credited with saving Dave Roberts’ career and putting him on the path to becoming the team’s manager, yet by then it was too late for the national recognition he deserved.

He should be considered among baseball’s all-time greats. He literally changed the way the game was played. He joined the Dodgers in 1959 after spending nearly nine seasons in the minor leagues. Appearing out nowhere, he was suddenly everywhere.

“He brought speed to the game, and that speed fueled the Dodgers dynasty in the early 1960s,” Dodgers historian Mark Langill said. “Instead of the power of those final years in Brooklyn, this new Los Angeles team won with pitching, defense and speed … and Maury was that speed.”