Phillies beaten down by Blue Jays in fifth straight loss 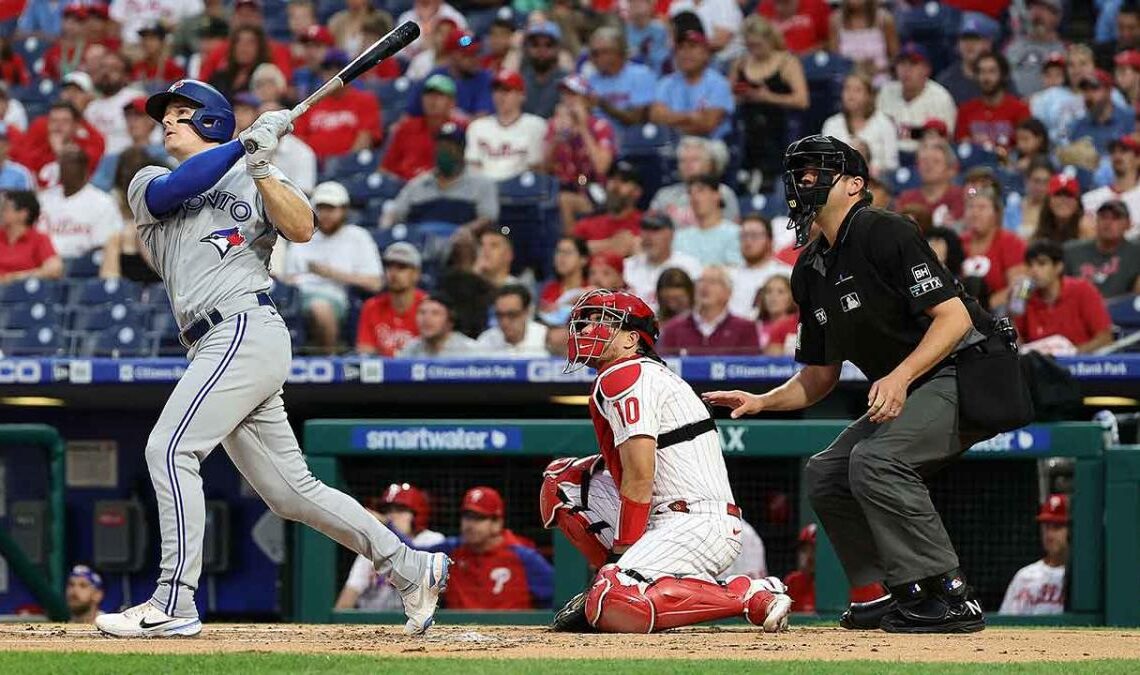 The Phillies opened their final homestand of the season in familiar fashion, losing for the 16th time in their last 20 games against teams over .500.

They just haven’t been able to play up to their competition since the All-Star break, fattening up on clubs like the Nationals, Marlins, Pirates and Reds.

The offense made a spirited effort to come back from two humongous deficits with a four-run fifth inning and a five-run eighth but still fell well short in an 18-11 loss to the Blue Jays.

The Brewers helped the Phillies by blowing a late lead to the Mets, meaning the Phillies’ lead over the first team out of the playoff race remains 2½ games.

But it was a brutal night for the Phils’ pitching staff, which allowed the Blue Jays to reach base in 27 of 53 plate appearances and score in eight of nine innings.

“You never want to start a homestand like that,” Bryce Harper said. “Starting pitching just didn’t have it tonight. You’re gonna have those lulls but you move on to tomorrow.”

Kyle Gibson did not pitch well but was also hurt by his defense. Bryson Stott threw a ball into the dugout in the first inning for one of his two errors. The Blue Jays scored three in the opening frame on Matt Chapman’s homer.

They scored two more in the second inning, which began with Kyle Schwarber losing a can of corn in the lights for a Danny Jansen “double.”

Stott committed a key error in the sixth when the Phillies needed a shutdown inning, throwing a ball into the ground on a routine bouncer by Vladimir Guerrero Jr. It led to an unearned run.

The Blue Jays had seven doubles, a triple, two homers and 21 hits on the night — and that’s despite Guerrero and Bo Bichette going a combined 2 for 11. The only two times in the last 78 years the Phillies have allowed that many runs, hits and extra-base hits were a 24-4 loss to the Mets in 2018 and the famous 23-22 win over the Cubs in 1979.

“It seemed like the kind of night where the approach J.T. and I had matched up with their approach,” Gibson said. “Every pitch that I executed in the strike zone was hit for a base-hit.”

Amid all the hard-hit balls off of their pitching staff, the Phillies lost center fielder Brandon Marsh, who exited with a knee contusion after running and jumping into the wall in left-center on a double by Jansen. He’ll be re-evaluated Wednesday but the Phillies don’t think there is any…