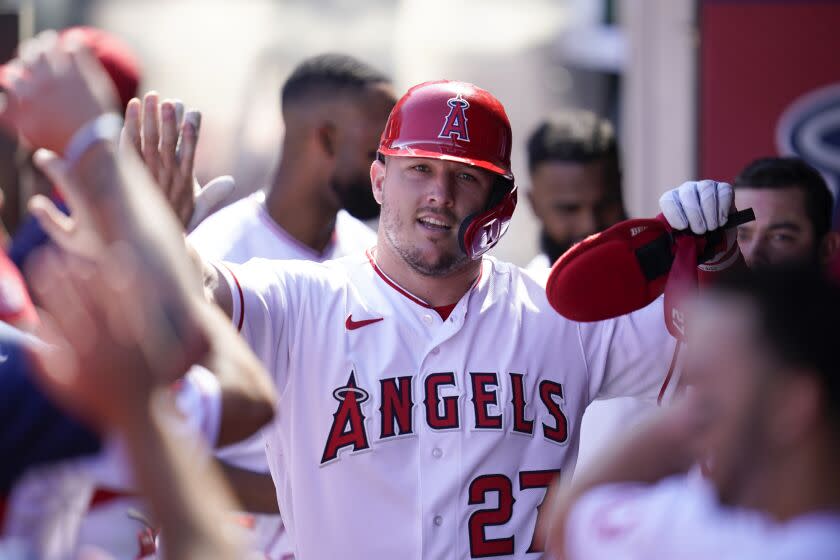 The three-time American League most valuable player is the first player to win the award nine times by his age-30 season and has the most Silver Slugger Awards for an AL outfielder. Manny Ramirez collected eight as an outfielder and one at designated hitter.

Trout also is the sixth player with at least nine Silver Sluggers — the other five are Ramirez and Barry Larkin, who each had nine, Mike Piazza and Alex Rodriguez, who each had 10, and Barry Bonds, who had 12.

Dodgers shortstop Trea Turner (his first) and right fielder Mookie Betts (his fifth) also earned the honor. They are the first pair of Dodgers to win the award in the same season since Matt Kemp and Andre Ethier in 2009. Betts, who also picked up a Gold Glove this season, is the first Dodger to win both awards in the same year multiple times. Betts won a Gold Glove and Silver Slugger in 2020.

Managers and coaches in their respective leagues vote on the award, given to the top offensive player at each position.

Trout made sure to leave no stone unturned when he returned from a back injury that sidelined him for more than a month this season.

Along the way, he added a seven-game home run streak, finishing with 40.

He hit the second-most home runs in the AL, behind the 62 from New York Yankees outfielder Aaron Judge, and tied with the New York Mets’ Pete Alonso for third-most in the majors. Philadelphia Phillies outfielder Kyle Schwarber hit 46.

“It was one of my goals when I came back, I told the guys 40 would be a good number, a cool number to get to,” Trout said after…