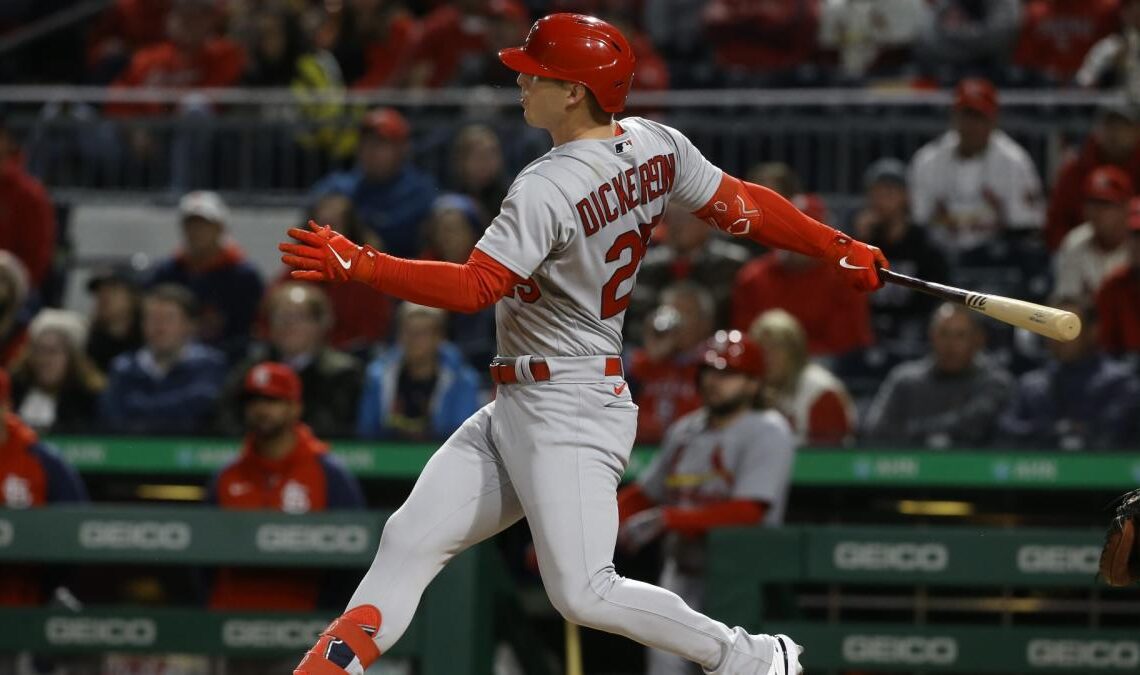 Corey Dickerson hopes to show he can still hit for power and make an impact in the majors in his 30s. Signing with the Washington Nationals should give the well-traveled outfielder the chance to show that.

Dickerson finalized a $2.25 million, one-year deal with the Nationals on Tuesday. After combining for just 19 home runs over the past three seasons, he joins a young team in Washington that’s coming off three consecutive last-place finishes in the NL East and seems to match his mentality.

“I always feed off negative emotion,” Dickerson said during a video news conference. “I’ve always been an underdog. I’ve always had that chip on my shoulder. That’s the way I play. I feel like I kind of lost that chip for the last couple years trying to please and mold to people’s needs a little bit, and this year I’m going to try to definitely help my teammates but really put that chip back on my shoulder and be able to play with the emotion I need to.”

Dickerson, who turns 34 in May, is a left-handed-hitting left fielder and could fill a void there for the Nationals. He was a free agent after playing for the St. Louis Cardinals in 2022, batting .267 with six homers and 36 RBIs in 96 games.

He would like to play the field more often than serve as designated hitter but said he and the Nationals would figure it out. Washington will be his eighth major league organization.

“Whatever the team needs is the role you have to be ready to play,” Dickerson said. “Guys always mess with me about bouncing around and things like that, but I always say there’s a reason why I’m still here. There’s a reason why I still have opportunity and it’s just because I love to compete. When I get out there and compete, it tends to just work out.”

Over 10 seasons so far, Dickerson has one All-Star appearance in 2017 with the Tampa Bay Rays. For his career, Dickerson has a .281 batting average and .805 OPS, with 134 homers and 452 RBIs and no qualms with bouncing around.

“A lot of times if you stay with a team too long, it can become monotonous with people’s routines and things like that — being in one place too long,” he said. “I take fulfillment in getting to know people right away, trying to learn the sense of humor of every single guy, how you can joke with them, how are they approachable and just try to be a good teammate.”